I talked to John this afternoon....and learned that three Discoverers
came back from their village locations today, two days earlier than
originally planned. He said that he is expecting five Discoverers to
arrive tomorrow (one day earlier than planned), three more on Thursday
and the remaining three on Saturday (the latter two groups according to
plan!8-) This is very unusual (John said "Historic!") and will make for
an even longer Debrief time than usual. But I will write more about
that later.....for now, please be praying for all of them as they travel
and reconnect and for John, Patricia, and Claudia, who have two less
days to plan for debrief than they had hoped for!

Another prayer request came in today for the Solomon Islands team: it
follows:

At 3pm yesterday afternoon we were told by operations that the flight
today out to the Natqgu New Testament launch was still on. (This event
is what the Discovery team has been preparing for for much of their
trip!) So we packed etc and went out this morning. After waiting a half
hour to check in, I went to ask when there'd be someone to check us in.
That's when I found out the flight was cancelled. Apparently they were forbidden to use
the fuel at Lata. The plan was to use it and then replace it.
later but personnel in Lata think it has been used and not replaced in the
past.

Sol Air will be appealing to use it and replace it from the
drums coming on the ship which leaves today or tomorrow. If that
happens, Sol Air hopes to put on an extra flight to Santa Cruz to take
the passengers who were booked for today.

While waiting for our ride to come back and get us we weighed all our
baggage and were under our allotted weight (thanks to sending things on
the ship), so it should be ok to get another flight. Fuel runs usually
don't allow passengers because of safety issues, so going on this ship
probably is NOT an option.

We'd really appreciate your continued prayers for the travel logistics
and also for our peace of mind. 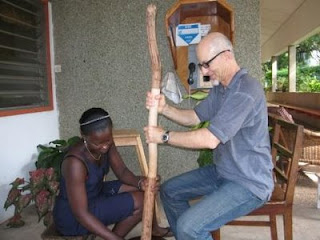 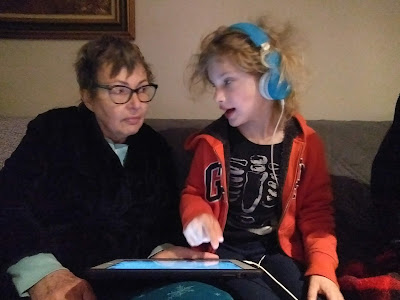